Home › Advocacy › Up the Numbers

What is Up the Numbers

Up the Numbers is a sustained research and advocacy program lead by WCT, with the support and guidance of corporate members of its community, to report annually on where women are in the digital economy and to encourage measures to actively increase the participation of women in digital industries.

Up the Numbers encourages digital employers to report their metrics on the engagement of women in various roles and at various levels in their organizations. The Up the Numbers initiative also includes WCT working with companies, governments and academic institutions to establish best practices and strategies to recruit and advance women in the digital economy.

The goal of the Up the Numbers program is to maintain a persistent focus on the under-representation of women in digital industries and to underscore the strategic importance of gender diversity to an industry predicated on innovation and effective governance. Companies in this sector face chronic shortages of skilled labour, yet continue to accept a four to one male to female ratio as an acceptable status quo. Up the Numbers aims quite simply to improve the numbers of women in all aspects of these industries, including in technical and executive roles, until parity is achieved.

The companies supporting the Up the Numbers campaign are Pythian, Telus, Accenture, Rogers, Cogeco, Microsoft and the Information and Communications Technology Council.

Where Are the Women In the ICT Industry? 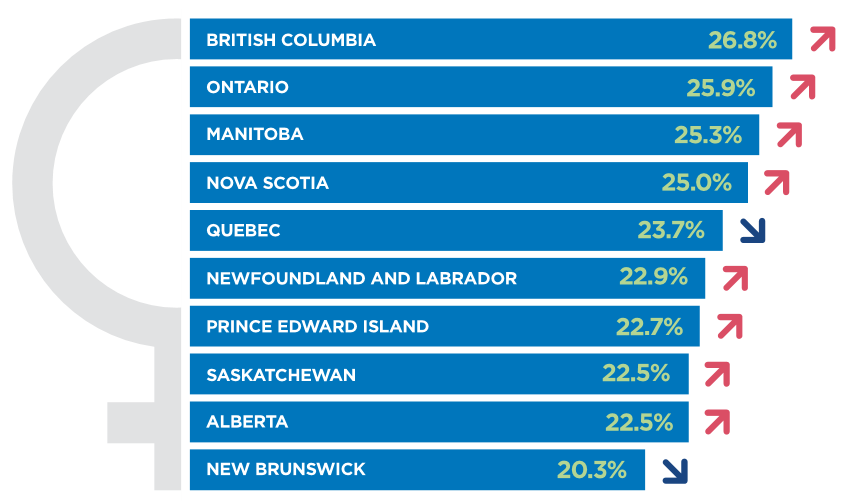 The data for 2017, drawn from the Labour Force Survey, shows very little change in this static picture. In 2017, the overall engagement of women in Canada’s ICT industry was 26.7%, down slightly from 2016 and significantly less than the 29.5% level recorded in 2011.

The full report breaks down the engagement of women in Canada's digital economy by province, sector, and management level.

The conclusion? It's time to #UpTheNumbers.

Previous Up The Numbers Reports

Where Are the Women in the Canadian ICT Industry?

The first Up the Numbers Report from May 2017