Home › "Craft Your Own Story": Rogers Sports and Media's Julie Adam on Breaking the Mold

"Craft Your Own Story": Rogers Sports and Media's Julie Adam on Breaking the Mold 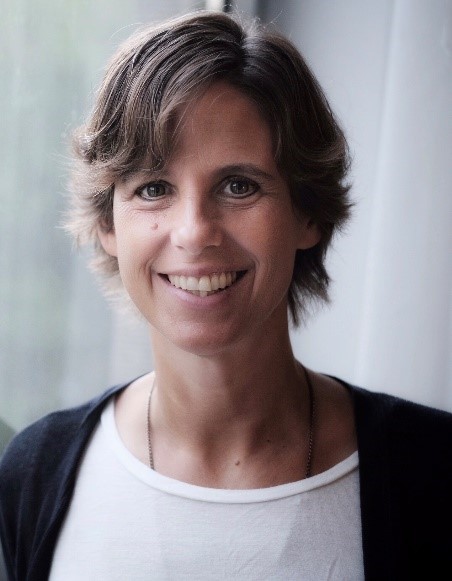 This month, WCT spoke with Julie Adam, Senior Vice President of News & Entertainment at Rogers Sports and Media, about her 20 years of experience in the broadcasting industry. Having worked in a variety of positions at radio stations across the country, Julie is a passionate and dedicated leader in her industry. We inquired about her personal and professional influences, barriers to success,  and asked her for a bit of advice! Check out the interview below

WCT: Can you tell us a little bit about your career trajectory? What led you to Rogers as Senior Vice President of News & Entertainment, Rogers Sports and Media?

Julie Adam: I’ve worked in media (entirely in radio, until a couple of months ago) for over 25 years. My early career goals were rock star and pro baseball player – neither panned out so I made the shift to radio and didn’t look back. I started as an intern in the music department at Q107 in Toronto and then later became a producer of their syndicated all-night show. From there I made a few moves around the country to pursue my on-air dream (didn’t last long!), eventually ended up back in Toronto (my hometown), and joined Rogers after they acquired KiSS 92.5 in 1999. I’ve held various roles within Rogers including Program Director of KiSS 92.5 (twice) and 98.1 CHFI (twice) and VP of Programming. I moved into my current SVP role five years ago, overseeing the radio and podcast business and, most recently, was given the gift of adding the non-sports TV portfolio to my roster. I’m having so much fun!

WCT: Was there anyone who had a tremendous impact on you and your career journey, be it from your personal or professional life? How did they influence where you are now?

JA: Yes, my dad Jack was and continues to be my biggest mentor and influence. He had an incredible way of making you feel like you were the most important person in the world and that was true for anyone that interacted with him, from his family to his friends to his students to the cashier at the checkout. He was tough but never mean, had high standards, a relentless work ethic, incredible integrity, and believed that everyone deserved an equal opportunity to succeed. He was also fun to be around and loved to laugh and crack jokes. He raised his kids (six of us!) to follow their passion and I always admired how he would happily shift his interest based on which kid he was with. For me, it was all about music, baseball and, later, business. For my siblings, he’d get behind their passions whether it was academics or fashion.

WCT: What do you think is the most significant barrier to female leadership?

JA: I’ve come to realize that we are not doing a great job with our hiring practices in many parts of media. We tend to default to hiring people that we know, have a lot of similar experience or are recommended to us by people we know. And, very often, we hire people that are just like us. When that happens, we end up with a very shallow, like-minded pool of people to hire from and promote. I’m guilty of it. We all are. We hide behind the “best candidate wins” excuse, which is right in theory, but only if you have a diverse pool of qualified candidates in the first place. I’m working really hard to be more deliberate about scouting and recruiting talent and holding my leadership team accountable to do the same. I need to do a better job.

WCT: What advice would you give to the next generation of young women entering communications and/or media?

JA: I never wanted to be in management as I didn’t really relate to most managers early on in my career. I found their desire for power, their lack of flexibility and general hard-edge off-putting. As a people pleaser and someone that loves people, I didn’t really understand how I could be a manager and not be mean, so I pushed it off for as long as I could. When I joined Rogers, I worked for a few leaders early on (Tony Viner & Chuck McCoy) who showed me a different path. I started to realize that I could take a softer approach to the role. An approach that allows you to celebrate people, practice kindness, have a lot of fun AND compete hard to win. Here’s my advice…don’t believe for one second that you have to be just like the next person in order to succeed. Craft your own story.

Is there a quote or a must-read book you live by?

One of my favourite business books is The Ride of a Lifetime by The Walt Disney Company’s former CEO Bob Iger. In the book he says, “The riskiest thing we can do is just maintain the status quo.” Change is hard, but it’s what we should all strive for in business – keep evolving and aim for bigger and better every day.