Tasneem Razvi on Marketing and Broadcast

Tasneem Razvi is the Senior Coordinator, TV Sales at Rogers in Vancouver, and volunteers with WCT.

I think it’s fair to say that I didn’t choose it as much as it chose me. In a job market as tough as we have it today, I applied for numerous jobs when I first moved to Vancouver from Winnipeg. After 9-month battle in the job market this one phone call came to me from Rogers. I had previous experience on the buying side of television when I first worked at an agency. So I guess, I was being prepared to enter the communications field, I just didn’t know it then. My interview was with a lady who will later be my manager. The reason I mention the gender is because, the interviewing style is very different between a man and a woman. Needless to say I felt relaxed with the style of interview and the type of questions I was asked and it gave a glimpse into the wonderful work culture that I was to join and have now come to love. The meeting style was more “real” than the automated robotic style of redundant questions that most people get to experience today. Knowing she would be my manager, how my day at Rogers would look like, and the fact that I was unemployed for 9 months is why I chose this job, which now is a great career path! 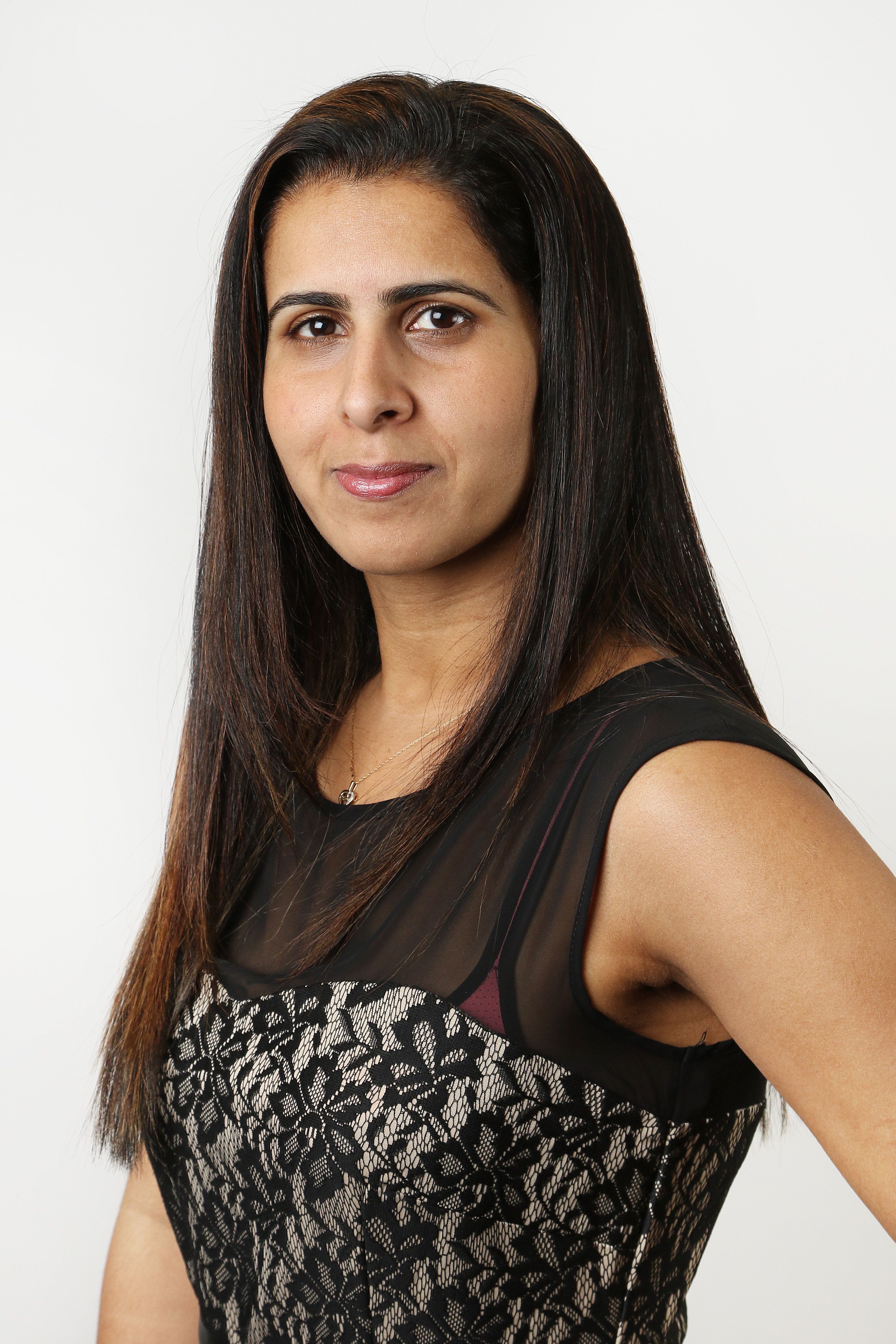 My husband has been my rock. I’ve pushed myself out of comfort zones, because he believed I could do more. The more he believed, the more I did. Also, I have 2 boys, I want them to grow up in an environment where they see women be successful and not every say the words “women can’t do...” I push myself harder to set an example to my kids. I have a great family that supports my career choices and the risks that I am willing to take. Having that support helps build my confidence to keep moving forward without hesitation. My mother has been a working woman all her life, and has taken some pretty heavy risks and tried her hand at numerous projects, never giving up. I guess, I inherited a little bit of risk-taking from her, combined with my dad’s calm and wise outlook that measures the risks from all sides. I’d say that’s a pretty good combination of measure and risk-taking, which gives me a lift up the success ladder. Lastly, but not the least, the women in the team that I work in, as I’d like to call the “Khaleesi’s” watch each other’s back. We are a tough group of women who speak our sensible minds out and let ourselves be heard when that gender barrier comes sneaking in… and that happens often. Being in such company can only help push women ahead in life and not deter. Also, there are women in Rogers who are in strong executive positions, which only makes me realize that it’s doable. I am in a tough industry, but it’s definitely attainable.

Terms like “Support”, “Assistant” are often associated with women. Being in a leadership position is still more of a man’s entitlement than a woman’s capability. Breaking that barrier is an everyday battle. The recent cuts in the industry meant no budget for a promotion and I was aware of that. I ensured that I expressed my need to grow and willingness to get out of my comfort zone and work harder. Once this was communicated, I was given an opportunity to lead the BC team for a project that was launching a new CRM software. I jumped on the opportunity and it expanded my skill set and elevated my position. I was later promoted to being the Supervisor, Senior Coordinator for the team. This is a start; I still have a longer way ahead of me to get to where I want to be. One thing that I have learnt in this industry as well as others is that women need to speak out and brand themselves. Sometimes we need to toot our own horn, just a little bit to be able to move ahead. Men have no trouble doing this, but for women it’s not as natural as we tend to not give ourselves enough credit. The growth starts from within first.

I do, but I’d like to see more. The world is so much smaller now and cosmopolitan, when we embrace the diversity, we all win. We have a good diverse team, but there is always room for more. There are more women in the room than men, which is great, however I’d like to see those women in leadership positions because they are all capable, every single one of them.

I would say “Go for it, you can do this. Don’t be afraid, take that leap, if you fall, it’s ok, you can nurse yourself and then try again!”

“One day your life will flash before your eyes, make sure it’s worth watching!” – Gerard Way

Want to learn more or get in touch with Tasneem? You can find her on LinkedIn.