The only cross-sector career sponsorship program in Canada.

About
Benefits for Women Executives
Applying & Eligibility
Case Studies & Articles
Protégé Profiles
Participating Executives
Program FAQ
Benefits for Companies
How do I get my company on board?

The Protégé Project is a career sponsorship program that matches an influential, powerfully positioned Canadian C-suite executive champion with a senior female protégé. The matches are formed across companies with a focus on supporting the protégé to move into even more senior leadership positions. The protégé project is:

The case for diversity is well known and includes higher returns to shareholders, stronger employee engagement and better financial results. However, we have yet to capitalize on the opportunity with the current state of women in senior leadership positions at less than 25 percent in the information technology sectors and board representation by women in these fields at only 23.5 percent.

Our goal is to:

With over 190,000 jobs predicted in this sector by 2019, the inclusion of women in Canadian leadership roles needs to change quickly for companies to thrive and compete.

The Modern Mentor: Reimagining the Interconnectedness of Women in Business

Fiona Gao, a global marketing leader, and Angela Brown, President and CEO of Moneris, were introduced to each other in 2019 under the aegis of WCT's Protege Project.  The Protege Project links senior women in digital industries who demonstrate strong potential for leadership with leading Canadian executives.  Over the space of 12 months, the executive sponsor and the protege work together to develop the protege's leadership capacity and position her for advancement.

Together, Angela and Fiona accomplished a great deal during the period of their engagement.  One of the outcomes of their engagement was the production of a white paper designed to assist others entering or considering an executive sponsorship relationship to achieve the maximum benefit from the experience.  It also serves as an excellent primer for anyone seeking to build a successful mentorship relationship at any stage in their career.

Christin Wiedemann, Chief Scientist and Co-CEO of Professional Quality Assurance Limited in Vancouver and Ottawa-based Namir Anani, President and CEO of the Information and Communications Technology Council were one of the Protégé Projects inaugural teams. They described their experiences in the program with WCT in this Q&A interview.

What is the difference between mentorship and sponsorship?

Namir:  Mentorship is about being a source of advice, sharing lessons learnt, and guidance to tackle career challenges, while sponsorship involves a planning and positioning strategy to advance a career objective by being an ambassador and an advocate on behalf of the protégée. As a sponsor, you’re called upon to seize the opportunities for the protégée by leveraging your circles, networks, and other potential channels to advance the protégée’s career objectives.

Christin:  That’s right, a sponsor is someone who actively promotes you with the outspoken goal of helping you advance your career.

How did you define the objectives of your Protégé engagement?

Namir: We started initially by having a better understanding of each other’s skills, experiences, networks, and aspirations. This was done over the first two weeks of the engagement.

Christin:  In our first meeting, we set up a framework for how we would work together, and we agreed on a set of goals for the engagement.

Namir:  Then we started to explore current opportunities that were before us that we could leverage such as key conferences, networking opportunities, relevant meetings, presentations, others. Once this was done we had a clear understanding of what could be achieved and set out goals for the year ahead.

Christin:  In each monthly meeting, we tried to make progress towards those goals, and we took detailed meeting notes with action items to make sure we stayed on track.Distance was never an issue – we used Skype to set up video conference meeting, but we also had the opportunity to meet in person.

Namir:  Yes,  we had a chance to personally meet in Vancouver while I was on business travel in BC, and also when Christin joined me at the Telecom Conference in Toronto where we planned for a larger networking opportunity with key executives in the digital and media space.

What were the outcomes of your Protégé engagement?

Christin:  Namir introduced me to organizations, projects, conferences, meetings and people I didn’t know of before. My network has expanded, but I have also identified initiatives that align with my company’s goals, and that I’m actively pursuing or participating in.

I was promoted to co-CEO in April of 2015.   It was my boss who told me about the Protégé program and encouraged me to apply.  Having access to Namir as a career sponsor made the transition into the co-CEO role smoother and less intimidating. For me the timing was just perfect - there couldn't have been a better time for me to have an executive sponsor than as I was moving into a much bigger role than I'd ever had before!

Namir: The engagement certainly gave me a deeper sense of appreciation for the challenges faced by women leaders in their quest to achieve their career aspirations. Christen is certainly a gem  that any top company would want  to have leading their organization.

Christin:  It was great for me and it was great for the company too. Namir helped me refine and expand our sales pitch. Through long discussions around my company’s value proposition, and industry needs and trends, I arrived at a succinct pitch that I continue using when presenting our company’s services and the value we add.

Namir:  We took care to ensure that the goals we set were beneficial for both Christin and her company.  It was important if she was going to invest the time and effort in attending a conference in Toronto to meet with key leaders, that the opportunity, while meaningful for her career aspirations, was also business growth opportunity for her company.

Would you recommend a Protégé engagement for other executive sponsors?

Christin:  Absolutely. It presents a unique opportunity to get paired with an executive sponsor you would otherwise not have access to. I also appreciate how the protégés and sponsors are matched. If I picked my own sponsor I would likely pick someone that is like me, with similar background and experiences, but also similar strengths and weaknesses. Having someone else select a sponsor for you, means you are more likely to be challenged, and you’ll have a more powerful learning experience.

Furthermore, the program is very well structured and managed, which I think is key for its success, and for the protégés to enjoy the full benefits of it.

Namir:  It’s a great experience for sponsors too. A sponsorship engagement is more than connecting protégés with career opportunities, its about seeing the brilliance in others, and to help them see the potential within. In doing so you meet great talent that will also inspire you in your own career journey. 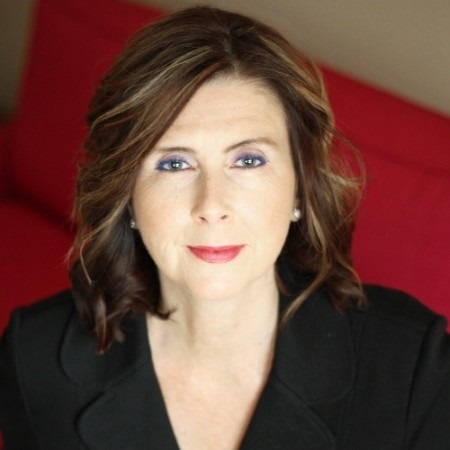 "Even when you have a senior leadership position, you find yourself wanting to broaden your exposure to other dimensions of business. I’ve built my career in the media and cultural industries, currently in publishing. Social media platforms have become an increasingly important place to share and promote stories. My Protégé sponsor helped me to deepen my understanding of the power and the opportunities of using my voice and thought leadership, both on and offline." 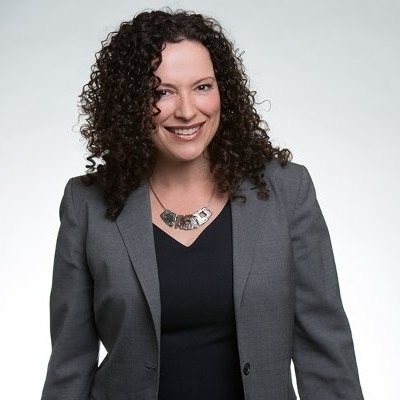 "The Protégé Project experience played an instrumental role in my on-going leadership development.  Through the program my sponsor provided valuable insights and guidance about my future path, and challenged me to take on new experiences. I also made incredible connections with the peers in my cohort and we continue to support each other today." 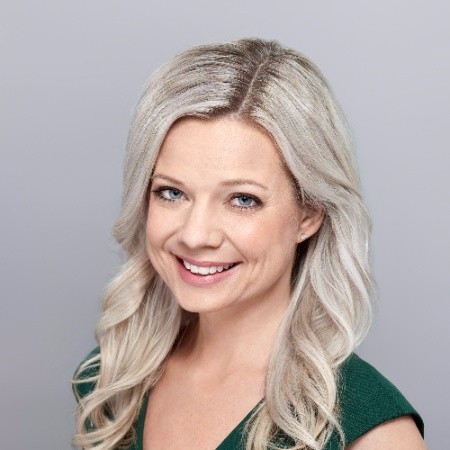 "My sponsor convinced me that I needed to take on an organization that was Canadian owned and operated. It was through that that I started to take on transformation work.  The last decade of my career I have been doing business transformation which is absolutely not for the faint of heart, but I have learned so much every time I've received a new transformation mandate." 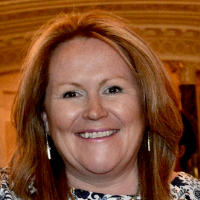 "I got so much out of the Protege Project. My sponsor was fantastic. During my official time with her I actually transitioned to a new leadership role and she was instrumental in me getting up and running. While we have officially completed the year, she remains a true mentor to me and I am forever grateful for the introduction and the opportunity to participate in Protégé."

While each executive and protégé match is unique with different goals, through the Protégé Project support, participants have reported the following results:

Harvard Business Review research goes so far as to conclude that promotion to top jobs depends on sponsorship.

Are you or someone you know:

Then it’s time to take charge and accelerate your career with Women in Communications and Technology’s Protégé Project. This program is Canada’s only cross-sector career sponsorship program. It is an innovative game-changing career sponsorship initiative designed to advance the Canadian leadership landscape by helping to support senior women in the Communications, Media and Technology sectors move into top-tier positions.

Not sure if you meet the qualifications? Contact WCT to learn more. For questions about the program or more information on how to apply, please contact info@wct-fct.com.

Source: Lean In and McKinsey & Company. Women in the Workplace 2016

How do I get my company on board?

Want to learn more about how the Protégé Project can benefit your company?

What to become an executive champion or integrate the program into your workplace?

Our program team will guide you through the process and demonstrate how you can benefit from Canada’s only cross-sector career sponsorship program.

To date, the following C-suite executives have committed to support the program:

What is career sponsorship?

Career sponsorship is having an individual, usually someone at a more senior level with strong influence, who assists a protégé to gain visibility for an assignment, promotion or position. A sponsor uses personal influence and relationships to champion deserving protégés. The sponsor’s main objective is to develop a protégé into a stronger leader and to help the protégé successfully take the next step in her career.

How is sponsorship different from mentorship?

While both sponsors and mentors may provide guidance and advice, the relationship with a mentor tends to be one where the mentee primarily benefits from the mentor’s experience. Sponsorship is more active in terms of the role the sponsor plays in promoting and developing the protégé. Sponsorship can be thought of as an alliance where there is benefit to both the sponsor and protégé.

Who is eligible for the Protégé Project?

The Protégé Project is designed for experienced senior executive women who are approximately one to three years away from the most senior ranks in their organization/company. This program applies to women who work directly in Communications, Media or Technology companies, as well as women working in industries such as financial or manufacturing where Communications, Media or Technology plays a major component (a Director of IT, for example).

How can somebody apply for the Protégé Project?

Interested potential protégés are invited to submit the initial application form. WCT will then assess and evaluate the application and inform applicants of next steps. Matches will be made after step 2.

The Protégé Project was pioneered by Corus Entertainment and Catalyst. Corus continues to power this groundbreaking program.